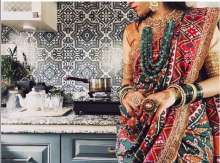 Studio Gaaba, a production and content communication house that works with brand stories and brand engagements have released a visual concept in collaboration with designer Ayush Kejriwal, titled “Rakhwaali” (meaning caretaker) to shed light on the pressing issue of the disproportionate distribution of household responsibilities that an Indian woman has to live with amid the lockdown. 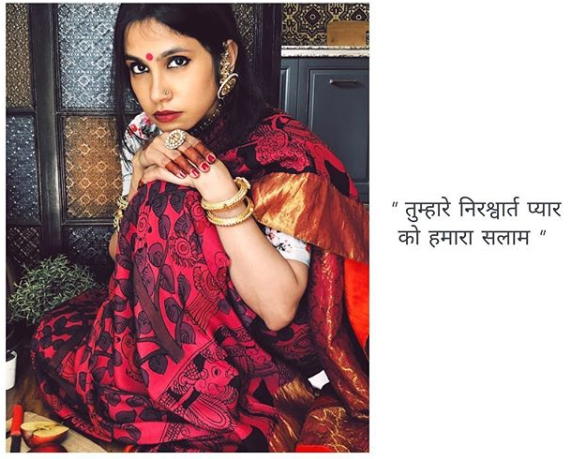 The nationwide lockdown that the viral outbreak has brought with it, has neglected the fact that the burden of the domestic responsibilities is governed by gender identities in a country like ours; this means that most of the household chores that were traditionally done by women since time immemorial, now just got two-fold. At times like this, while most of the communications revolve around the narrative of not having to burden women further, seldom they do they talk about men or other family members sharing this labour.

Due to the lockdown still prevailing, the shoot was conducted virtually using ‘FaceTime’. This trend is being followed by photographers around the world due to the will to keep creating content. 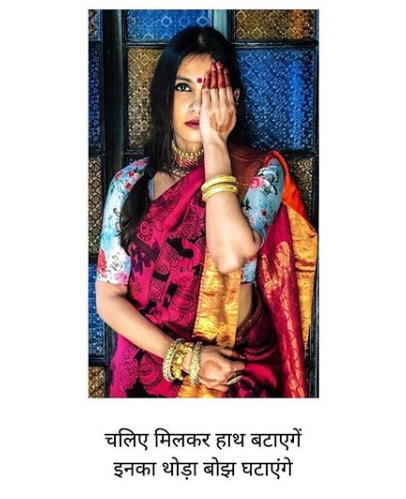 “The idea is to humanize a message,” says Ayush. “Rakhwaali Ke Rakhwale” is a phrase that gets to the viewer through the voiceover panning in the video, and whispers to them that those who take care of us, need someone to take care of them as well, and if this war against the virus isn’t in our hands to fight, the least we can do is ease the burden off of those we love.

Rakhwaali is unique, a never done before initiative by Ayush Kejriwal and Studio Gaaba to create quality content using virtual FaceTime shoots, even in a crisis like this, and put the Indian content industry at par with that of others.